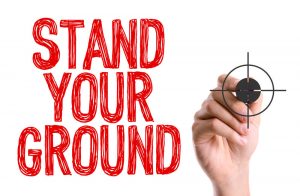 Assault and battery are considered serious criminal offenses in Florida. However, in certain circumstances, a person may be entitled to use or threaten physical force against another in self-defense. In Florida, the right to use self-defense in a residence or a vehicle is governed by a statute known as the Stand Your Ground law. This law establishes the right of people to use force in self-defense when confronted by someone forcibly and unlawfully entering one’s residence or vehicle.

Turn to the Pensacola assault and battery attorney of The Morris Firm if you were arrested for assault and battery for an incident that occurred in your home or vehicle. Our experienced attorney can investigate and review the details of your case to determine whether you are entitled to the protections of the Stand Your Ground law. If you were arrested for assault and battery after you believe you were acting in self-defense, contact The Morris Firm today for a free initial case evaluation. We’ll discuss your legal rights under Florida’s Stand Your Ground law and talk about how the law might apply to your case.

What Is the “Stand Your Ground Law?”

Florida Statutes 776.013 set forth the state’s law governing the justifiable use of force. The statute is popularly known as the “Stand Your Ground Law.” Florida’s Stand Your Ground Law expanded the traditional “Castle Doctrine” that applies in most states. Under the Castle Doctrine, a person has no duty to retreat while in their home before using deadly force in self-defense, provided the person had a reasonable belief that they were facing imminent death or serious bodily injury and therefore deadly force was necessary.

Under the Stand Your Ground Law, a person being faced with the threat or imminent use of unlawful deadly force has a duty to attempt to retreat from the person or persons threatening such unlawful force if they can safely do so. If they cannot retreat, they may use deadly force in self-defense.

Florida’s Stand Your Ground Law creates a legal presumption that a person had a reasonable fear of imminent death or serious bodily injury to themselves or to others when they used self-defense in their own home or a residence they had a right to be in. This eliminates the need for someone claiming self-defense in their own home to assert an affirmative defense in an assault and battery trial, provided the conditions of the Stand Your Ground law are met.

When Does the Stand Your Ground Law Apply? 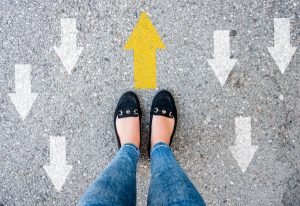 Under the Stand Your Ground Law, a person is presumed to have a reasonable fear of imminent death or great bodily injury to themselves or another if:

In addition, the law also presumes that a person who unlawfully and forcibly enters or attempts to enter a dwelling, residence, or occupied vehicle does so with the intent to commit an unlawful act of force or violence.

The Stand Your Ground Law does not apply in circumstances like these:

What Should You Do After Being Arrested for Standing Your Ground?

If you are arrested for assault and battery when you believe that you acted within your rights under the Stand Your Ground Law, steps you should take to protect your legal rights and options include:

If you are facing an assault and battery charge, a criminal defense lawyer from The Morris Firm can help you defend yourself against your charges and advocate for your rights under the Stand Your Ground Law by:

Under Florida’s Stand Your Ground Law, you may have an effective legal defense to charges of assault and battery. Call The Morris Firm at [phone number] or contact us through our website today for a free, confidential consultation to speak with an experienced member of our legal team about your case.