INQUIRE ABOUT YOUR CASE

Solid Defense You Can Trust 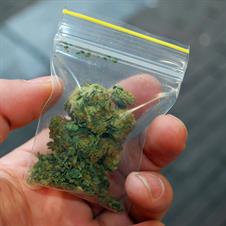 Drug trafficking comes with serious penalties, including mandatory minimum sentences ranging from 3 years in state lockup to life in prison without the chance of parole. Persons convicted will face fines starting at $25,000.

We understand you’re facing an overwhelming road ahead. A drug trafficking conviction can ruin your job, family, and reputation. We will fight to protect your rights and secure your freedom.

If you’re facing charges related to drug trafficking or sales, a consultation with the The Morris Firm should be your first step, so call (850) 503-2626 right away.

For more than a decade, we have focused on criminal law and pride ourselves on providing extensive trial experience, affordable representation, and a knowledge of the local legal community as a native to Pensacola. You can depend on us to make you a priority and stay by your side throughout your case.

Contact our drug trafficking lawyer in Pensacola today at (850) 503-2626 to start discussing your charges.

Here are some key facts that relate to drug trafficking:

According to Florida statute § 893.135, drug trafficking of cannabis is a first-degree felony. It refers to an individual who purchases, manufactures, sells, delivers, brings into the state, or is in constructive or actual possession of over 25 pounds of cannabis, or at least 300 cannabis plants.

The Drug Enforcement Administration (DEA) categorizes controlled substances by schedules to indicate their potential for abuse and whether they’re acceptable for medical use. The schedules are as follows:

Schedule I: High potential for abuse and no accepted medical use. Examples include:

Schedule II: Dangerous drugs with a high potential for abuse can cause severe physical or psychological dependence. Examples include:

Schedule III: Potential for abuse is more than Schedule IV but less than Schedules I and II. Moderate to low chance of causing physical or psychological dependence. Examples include:

Schedule IV: Low potential for abuse and dependence. Examples include:

Schedule V: Preparations use minimal quantities of certain narcotics and have a lower potential of abuse than Schedule IV. Examples include:

As we mentioned in the beginning, a drug trafficking conviction is associated with mandatory minimum penalties. The seriousness of these penalties is based on the type of drug and the amount involved in the crime.

According to the specific drug, the penalties for drug trafficking in Florida include:

Know Your Rights After An Arrest

It’s crucial that you know your rights after getting arrested. Even though law enforcement accuses you of committing a crime, you don’t have to admit to it or speak with them. You should remain calm and respectful during the arrest process.

The officer will read you your Miranda rights and inform you of the charges against you. They might place you in handcuffs and transport you to the police station. During processing, they’ll confiscate your belongings, take your picture, and collect your fingerprints. They will then put you in a jail cell until your first appearance or until you’re able to make bond.

Throughout each of these steps, you have basic rights, and you can choose to assert those rights at any time. They include:

What To Expect After An Arrest in Florida

Generally, a criminal case starts with an arrest or Notice to Appear. You’ll either receive a notice in the mail of the charges against you and your obligation to appear in court, or an officer will arrest you because they witnessed you commit a crime.

If you’re unable to make bail, a judge will review your bond within 24 hours of your arrest to determine if the amount is adequate. They could reduce or increase it if they believe it’s necessary. At that time, they will also inform you of the charges you’re facing.

During an arraignment hearing, you’ll plead guilty, not guilty, or no contest to the drug trafficking charges. Sometimes, it’s better if you plead not guilty, so there’s more time for your Pensacola drug trafficking attorney to prepare a strong case and gather evidence. Other times, a guilty plea is better to reach an agreement for a lighter sentence. The Morris Firm will review your case and determine the best plea to enter in your situation.

The prosecution will file formal charges against you if they believe there’s enough evidence to prove your guilt.

During discovery, both sides will file legal documents to obtain evidence the other collected. That could include video surveillance footage, eyewitness statements, and police reports.

Individuals who are non-violent offenders, first offenders, and facing drug trafficking charges might be eligible for a Pretrial Intervention Program. If you’re allowed to enter the program, the charges could get dismissed upon successful completion. Someone in the State Attorney’s Office will review your case to determine the requirements you must follow, such as community service, financial restitution, and drug court attendance.

If The Morris Firm discovers that law enforcement didn’t follow proper procedures during the arrest or while gathering evidence, we can file a Motion to Suppress. This document could potentially exclude specific evidence from your case. For example, if an officer performed an illegal search of your home, anything they found would not be admissible during trial.

During the pretrial hearing, your Pensacola drug trafficking attorney and the prosecutor will discuss elements of the case. Both sides will review what stage they’re in with discovery and if they encountered any issues. We might try to negotiate a plea deal if the prosecutor is willing to offer a reduced sentence or lesser charge in exchange for a guilty plea.

If we’re unable to reach a plea agreement, your case will likely move forward, and we’ll begin preparing for trial. We can schedule depositions to interview victims of your drug trafficking charge, witnesses, and experts. A deposition is recorded questioning under oath in front of an attorney and court reporter. There will be a transcript of the deposition available, so we can expose weaknesses in the prosecution’s case or find a way to discount witness testimony.

Criminal trials are done in front of a jury and judge. Both sides will present their cases, enter evidence, call witnesses to the stand, and argue for a verdict of guilty or not guilty.

We’re Here to Fight for You

At the The Morris Firm, our goal is to provide you with a successful defense, and we will work tirelessly to do so. Our legal team will dedicate their time and attention to every aspect of your case to get the charges reduced or dropped. We’ll attempt to poke holes in the prosecution’s case, suppress illegally obtained evidence, and prove your innocence at trial.

You can reach us 24/7 to schedule an appointment, ask questions, or get an update on your case. We know it’s important that we’re available when you need us. We’ll be here to provide one-on-one attention, guidance, and support. You can feel confident knowing you’re in excellent hands.

Selling and trafficking drugs carries potentially serious consequences. It should not, and cannot, be taken lightly. If you have been charged with drug trafficking, drug sales or any drug-related offense and are looking for affordable representation in Pensacola, don’t wait any longer to get in touch with Brandon Morris. Our experienced Pensacola drug crime defense attorney is here to help you fight the charges that have been made against you.

To consult about drug trafficking charges in Pensacola, call us at the The Morris Firm by dialing (850) 503-2626.