INQUIRE ABOUT YOUR CASE

Tough Defense You Can Rely On 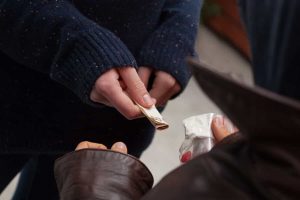 Florida criminalizes the possession of both controlled and non-controlled substances. It is also a crime in Florida to possess certain over the counter medications if you are found to be using them for an illegal purpose. Whether the drug possession charge is a misdemeanor, or a felony depends on whether the drug or substance is controlled or not controlled.

A “controlled substance” are those drugs or substances, including their isomers, esters, ethers, salts, and salts of isomers, esters, and ethers listed in schedule I, II, III, IV and V of section 893.03 of the Florida Statutes. Common controlled substances that result in drug possession charges include: Amphetamine, LSD, rohypnol, cocaine, heroin, hydrocodone, opiates, barbiturates, xanex, marijuana, MDMA, methamphetamine and ecstasy. The penalties associated with possessing these drugs and other “controlled substances” are setforth in section 893.13 of the Florida Statutes. But for the possession of “Schedule V” substances and less than 20 grams of marijuana, both of which are first degree misdemeanors, the possession of any other controlled substance constitutes a felony of the third degree. It is a felony of the first, second or third degree if you are accused of possessing a drug or controlled substance and having the intent to sell, manufacture, deliver or produce the contraband. The degree of felony for drug possession with the intent to sell, manufacture, deliver or produce depends on what the substance is and where you are accused of committing the act in relations to other specified areas, i.e., childcare facilities, churches, convenience businesses, etc.

If you’re currently facing possession charges of any kind, no matter the substance, we can help. Our Pensacola drug crime attorney is here to provide the aggressive defense you need to fight your charges. Call today for a case evaluation: (850) 503-2626.

For quality representation against drug charges, call the Pensacola, FL drug crime lawyer at The Morris Firm at (850) 503-2626 today.

We’re Here to Help You

Key facts about drug possession you need to know when facing charges in Florida:

Let Us Stand Up for You

Our mission is to aggressively bring forth all potential defenses to any drug possession charges.

We know how to seek the dismissal of charges and exclusion of evidence when the situation calls for it, and we can evaluate if a pre-trial evaluation would be beneficial for you.

For more than a decade, The Morris Firm has focused on the practice of criminal defense cases. We’re available 24/7, which means we’ll be there when you need us most. Unlike larger firms that practice in multiple areas of the law, we concentrate solely on criminal law, and, over the years, we’ve built relationships with prosecutors, judges and law enforcement throughout Pensacola. We pride ourselves on tailoring our legal services to you.

Your consultation is only a phone call away. To talk about a drug possession case, call the The Morris Firm at (850) 503-2626 now.