Our Pensacola DUI Lawyer Can Protect Your Rights & Future 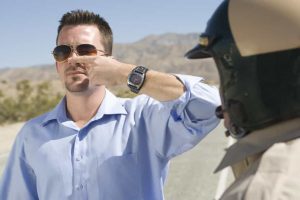 Field sobriety exercises are used by law enforcement officers to determine whether probable cause exists to make an arrest for driving under the influence. Importantly, you do not have to participate and your refusal to do so will not result in your license being suspended like refusing a chemical test. However, if you do refuse note that you can still be arrested. Over the course of my career I’ve heard multiple officers request DUI suspects to perform FSE because they, “want to see if you’re okay to drive.” Statements like this give DUI suspects a sense of false hope in that if they do the exercises the officer might let them go. Do not fall for this kind of persuasion unless you know that you’ll dominate. While some individuals are capable of showing the officer that they’re “okay to drive”, for many performing the exercises will result in the officer obtaining more incriminating evidence to prosecute you with. Even those who are completely sober can exert difficulty performing field sobriety exercises.

Law enforcement officers have a multitude of exercises at their disposal that they may request you to perform. What exercise they request you do are usually unique to the circumstances; however, more common types of FSE are:

However, just because you failed the FST doesn’t mean that you are guilty of drunk driving. At the Morris Firm, Attorney Brandon Morris knows how inaccurate and subjective field sobriety exercises can be. If a police officer makes a mistake while administering a test, the results can be thrown out of court.

Can I Refuse to Take a Field Sobriety Exercise?

Whether you successfully perform the FSE or not is based on the subjective interpretation of the requesting officer. Simply because an officer opines that you’ve performed poorly doing the exercises doesn’t always mean you failed them and certainly doesn’t mean you’re impaired. Periodically, clients of mine with physical and cognitive defects perform poorly doing FSE; yet, officers ignore their medical conditions when forming their opinion. In addition, many officer ignore environmental factors and the impact they might have on a DUI suspects performance of the exercises, e.g., temperature, wind and surface conditions.

Having handled hundreds of DUI cases, Mr. Morris knows the inaccuracies of field sobriety exercises and how to challenge the officer’s subjective opinion of your performance.

For more information, contact us to let our Pensacola attorney evaluate your case.