Heroin possession is a serious charge, and those who are convicted of this crime will face dramatic consequences. The state of Florida prosecutes heroin cases aggressively. If you are convicted, you can face heavy fines, long prison sentences, and drastic restrictions on your liberties. Charges like these are not to be taken lightly.

Choosing to hire a Pensacola defense attorney who has experience with drug crimes can give you an opportunity to protect yourself against these negative outcomes. A skilled lawyer will conduct a detailed analysis of your case in order to find a way of building a strong case to defend you against these charges. 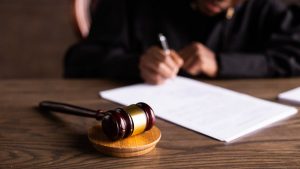 If you have recently been arrested for or charged with heroin possession in Pensacola or the surrounding areas, the Pensacola drug crimes lawyers of The Morris Firm have the experience, knowledge, and skill necessary to fight heroin charges on your behalf. For years, we have helped people avoid unfair convictions and sentences for drug charges, and we are ready to help you do the same. Don’t leave your future at the mercy of aggressive state prosecutors. Call us today at (850) 503-2626 to schedule a case evaluation.

Derived from poppy flowers, heroin is an opioid pain killer. It is related to opium and morphine. Heroin users commonly inject the drug directly into the bloodstream, but they can also ingest it orally, snort it, or smoke it.

Heroin users can quickly become addicted to the euphoria they experience immediately after using it. The drug is incredibly dangerous, and overdose deaths have been increasingly common across the state of Florida.

What Is Heroin Possession?

Drug possession is a crime that involves having a controlled substance on your person or on a space over which you have control, such as your home or your car. Possession can be for your own use or for distributing to others.

Even in comparison to some other types of controlled substances, heroin possession is a particularly serious charge in Florida because it is classified as a Schedule I substance. This means that it has no accepted medical use, is considered unsafe for users, and has a high potential for abuse.

What Are the Penalties for Heroin Possession?

According to the Florida Statutes, Chapter 893, § 893.13, possession of ten grams or less of heroin is a third-degree felony. The punishment if convicted is a maximum five-year prison term and a fine of up to $5,000. More than ten grams is a first-degree felony. If convicted, the penalty is up to thirty years in prison and a fine of up to $10,000.

Not everyone who is convicted of this crime will face the maximum penalties. Depending on their criminal record, a convicted individual may instead face some or all of the following consequences: 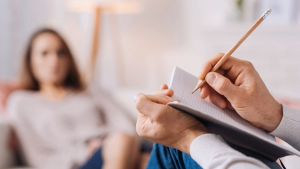 Unfortunately, the criminal consequences are not the only ones that someone may encounter if they are convicted of heroin possession. Other consequences include:

With the possibility of such serious outcomes, it is vital to have an experienced criminal defense attorney on your side.

How Do Prosecutors Prove Heroin Possession?

To reach a conviction, prosecutors in a heroin possession case need to demonstrate three points beyond a reasonable doubt. These are:

A defendant cannot be convicted for heroin possession if the prosecutor is unable to prove one or more of the above points beyond a reasonable doubt.

How Can a Criminal Defense Lawyer Help My Possession Case?

Each heroin possession case is unique. Factors like your previous criminal record and the circumstances surrounding your arrest or indictment can make a significant difference when it comes to the ways in which a defense attorney will be able to help. An experienced Pensacola heroin possession lawyer will analyze your case closely and determine the best way to handle your case.

In some instances, it may make the most sense for your attorney to help you navigate a diversion program and have the charges dropped.

If it does not appear that the prosecutors will be able to prove the three above points beyond a reasonable doubt, your lawyer may choose to fight the case on its merits. 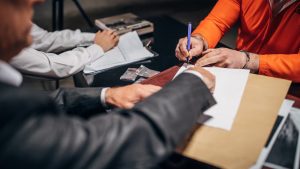 Your attorney may also have the option to challenge the manner in which the evidence against you was obtained. In some cases, the officer may not have had probable cause to stop you or make the arrest in the first place, may have had an invalid warrant, or mishandled evidence in some way.

It is important that you work with someone who remains committed to you and your best interests. At The Morris Firm, our experienced heroin possession attorneys will do everything we can to work toward the most favorable outcome possible for your case. Depending on your circumstances, that may mean negotiating a plea bargain, attempting to reduce the charges against you, or even moving to have the whole case against you thrown out entirely.

If you have been arrested for or charged with heroin possession in Pensacola or the surrounding areas, time is of the essence. The prosecutors will have begun building their case against you immediately, and the consequences of a conviction may follow you for the rest of your life. It is important that you work with an experienced defense attorney who is unafraid to stand up against the prosecutors and give you a chance at maintaining your liberty.

The criminal defense team at The Morris Firm has the knowledge and skill necessary to help you through this case every step of the way. While other law firms may focus on two or more areas of the law, the lawyers at The Morris Firm are devoted entirely to defending people who have been accused of crimes. We are ready to do the same for you as well.