What Is a No Contest Plea, and How Can It Help?

While “guilty” and “not guilty” are two common pleas in criminal cases, a third “no contest” plea is also possible in certain situations. Today, we’ll discuss what a no contest plea is, when you could enter it, and why your lawyer may suggest it.

What Is a No Contest Plea? 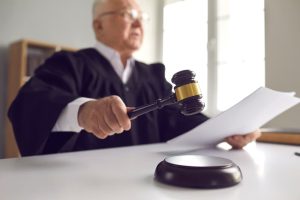 The formal name for a no contest plea is “nolo contendere,” which is Latin for “I don’t wish to contend.” By pleading no contest, the defendant does not admit to the offense they’ve been charged with. However, they also don’t dispute the facts of the case.

A no contest plea will not be final until the judge completes their review. If they approve of the plea, they will issue a conviction, and the case will proceed to sentencing. Further, prosecutors can also treat the plea as a prior conviction, according to a 2005 ruling of the Florida Supreme Court.

When Can Someone Plead No Contest?

No contest pleas often appear as part of a plea deal. In exchange for a defendant pleading no contest, they may face a lesser charge that carries a more lenient sentence.

Bear in mind, however, that prosecutors often want a defendant to admit responsibility as part of a plea deal. Since no-contest pleas don’t involve any admission of guilt, they may prefer or require that the defendant make a guilty plea instead.

Your lawyer could recommend a no contest plea if they determine you do not have a strong defense, despite their best efforts to build one.

How Can a No Contest Plea Help? 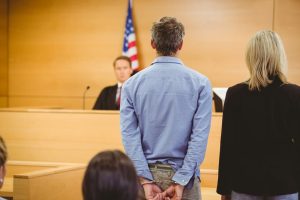 Pleading guilty and pleading no contest will have the same ramifications in a criminal case. They differ in how each plea affects related matters in civil court, such as personal injury, malpractice, or wrongful death lawsuits from victims of the crime.

Judges or juries in a civil case might apply the negligence per se doctrine to determine a verdict. A plaintiff may claim that you violated a law meant to protect them, and the court could admit a related conviction as evidence. If the plaintiff shows that the violation led directly to their injuries and losses, they might receive a favorable verdict, and you would be responsible for paying damages.

If you plead no contest, civil plaintiffs cannot use that plea against you and argue that you are guilty of the offense. They must work harder to show that you were at fault for their losses, then tie that evidence directly to their claims.

When Is a No Contest Plea Not Recommended?

Some situations where a no contest plea would not benefit a defendant include the following:

If you’ve been charged with a crime in the Florida panhandle, it’s in your best interest to secure an experienced counsel as soon as possible. The Pensacola criminal defense attorneys of The Morris Firm have handled over 3,500 cases, giving us deep knowledge of Florida’s justice system and the tactics necessary to build solid defenses. For a free case review, contact us at (850) 503-2626.