How to Avoid an Assault Charge 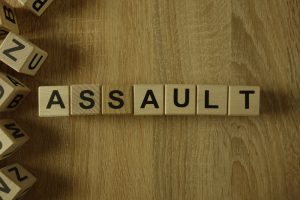 An assault charge can disrupt your life. The long-term consequences can affect your job, family, and reputation. Even after you serve your sentence, you will likely face various challenges while becoming a productive member of society once more.

Assault is a serious offense in Florida. You could face jail time and a fine if found guilty. A conviction often impacts a person’s freedom and future. It can be difficult to look for a job or place to live when you have a criminal record. Depending on the circumstances, an assault conviction might also strip you of some of your basic rights, such as the right to own a firearm.

If you handle the arrest, interrogation, and subsequent steps correctly, you could avoid being charged with assault. Follow these tips below, so you don’t face an assault charge or conviction.

You must give the officer basic information, such as your name, and provide a photo ID if they ask for one. Other than that, you have a right to remain silent and should assert this right.

You might feel the need to try to explain what happened. Maybe there’s a simple explanation for the incident. However, you should refrain from saying anything to anyone about the offense. If your case ends up in court, the prosecutor can use what you said during the arrest against you to prove you’re guilty of the crime.

You don’t have to answer the arresting officer’s questions or explain the sequence of events leading up to the alleged assault. However, you shouldn’t be rude or disrespectful. It’s also never a good idea to try to run away. You could end up with additional charges, such as resisting arrest. Politely tell the cop that you don’t want to discuss anything until you consult a lawyer.

Don’t Consent to a Search

Law enforcement isn’t allowed to search your person, home, vehicle, or anything else without your consent or a valid search warrant. They can survey the immediate area around you during the arrest but can’t comb through drawers or enter another room.

If a cop shows up at your home to search the property, ask if they have a warrant. If they don’t, they’re not allowed to look around for evidence. If they violate this right, any evidence they find could be inadmissible if your case goes to trial.

After the arrest, the officer will likely bring you to the station to interrogate you. They might ask questions about where you were and what you were doing. Another right you have during the arrest process is the right to an attorney.

If you tell the officer you want to speak to your lawyer at any point during the interrogation, they must cease questioning immediately. If they prevent you from contacting a lawyer, it’s a violation of your rights.

Sometimes, an arrest doesn’t occur after an alleged crime. If someone presses charges against you, you might receive a Notice to Appear, requiring you to show up at court on the specified date and time.

If law enforcement arrests you, they will transport you to jail and begin the booking process. Booking includes taking your picture and fingerprints and confiscating items you have on you at the time of the arrest.

If you can afford to pay bail, you can go home, but you must attend your first hearing before a judge. The judge will review your case and determine whether they want to adjust the bond amount. They will also advise you of any charges you face. The judge could also ask you to enter a plea of guilty, not guilty, or no contest.

It might be possible for your lawyer to get the case dismissed so you don’t face a charge of assault and can avoid going to trial. The prosecutor could offer you a deal to plead guilty in exchange for a lesser charge or reduced sentence. Your lawyer will advise how you should handle the hearing.

Defenses Against an Assault Charge

If you end up facing an assault charge, your attorney can create a strategy to defend you in court. The most common defenses include:

If you were arrested for assault, contact The Morris Firm immediately to learn how we can help. We will fight to protect your rights and try to secure your freedom, so you don’t face a serious charge and the resulting penalties. Call us today at (850) 503-2626 for your free consultation.