Using Intent to Defend Against Assault and Battery Charges 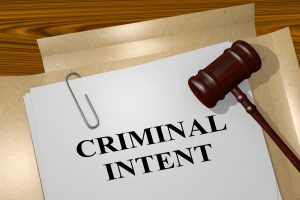 Were you arrested or charged with assault and battery? If so, do not hesitate to contact The Morris Firm for legal representation. We could help defend you against the charges you face.

Assault and battery are separate crimes. Each can result in a hefty fine and time behind bars. It can be scary when you face a possible prison sentence. A conviction could strip you of your future. Even if you pay your debt to society, you could encounter various obstacles, such as having difficulty finding a job or a place to live.

The prosecutor’s job is to prove you’re guilty of assault and battery beyond a reasonable doubt. However, they must show intent existed. That means the prosecutor must prove you intended to commit an offense that would likely cause the victim to fear imminent violence. Our job is to instill doubt of your intent in the minds of the jurors.

The Pensacola assault and battery defense lawyers of The Morris Firm understand the challenges ahead. Fighting an assault and battery charge requires an experienced defense team. We will review the circumstances of the offense to determine a legal strategy that could get the charges reduced or dropped entirely. You can depend on us to protect your rights and try to achieve the best possible outcome in your case.

Although many people use the terms assault and battery together or interchangeably, they’re not the same thing. Each involves two separate actions.

According to Florida statute 784.011, simple assault is the unlawful and intentional threat by act or word to inflict violence against someone else. The offense must involve the defendant’s ability to perform an act of violence and create fear in the victim that violence is imminent.

Aggravated assault is a more serious crime involving the use of a deadly weapon. It occurs when a person commits assault by brandishing or threatening someone with a deadly weapon without the intent to kill them or commit another criminal offense.

Florida statute 784.03 defines simple battery as intentionally or actually striking or touching another person against their will or intentionally causing someone bodily harm.

There are two other types of battery, including:

Assault does not have to involve physical contact of any kind. However, battery does. Battery can also involve contact by an object. For example, if someone throws something at another person with the intent for it to contact that person’s body, that could be considered battery.

Proving Intent in an Assault and Battery Case 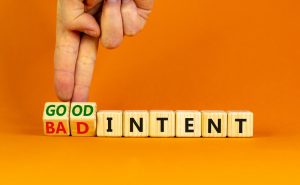 You don’t have to prove intent didn’t exist. Instead, the state must prove specific elements beyond a reasonable doubt to obtain an assault and battery conviction against you. The two primary elements are:

If the prosecutor doesn’t have evidence of intent, the court might dismiss your case.

Specific intent refers to the defendant’s state of mind while performing the crime. It involves willful, malicious, or other similar behavior indicating the defendant’s desire to accomplish a specific result with their actions.

General intent means the defendant performed a physical act. There does not have to be proof that there was an intended result of the crime.

It’s the jury’s job to review the evidence against you to determine whether you intended to touch, harm, or cause fear in another person. Accidentally touching someone isn’t substantial proof of your intent to commit a crime or cause injuries.

Penalties You Could Face for an Assault and Battery Conviction

If convicted of assault and battery, you could suffer significant penalties under Florida law. Sentencing depends on the type of assault or battery you committed and the severity of the offense.

Simple assault is a second-degree misdemeanor punishable by:

Aggravated assault is a third-degree felony punishable by:

Simple battery is a first-degree misdemeanor punishable by:

Aggravated battery is a second-degree felony punishable by:

Felony battery is a third-degree felony punishable by:

The court could increase your sentencing based on the circumstances of the crime. For example, aggravated assault comes with a five-year prison sentence. However, if you’re a habitual offender, you could face up to ten years in prison instead.

You should reach out to The Morris Firm to learn about your legal options for your case. We could help you secure your freedom and future by showing intent did not exist at the time of the offense. Our legal team will tirelessly work to build your defense and try to reach your desired outcome so you can resume your normal life.

We know the uphill battle you face. This is something you should not have to go through alone. We will provide the guidance and support you deserve and fight by your side until the end.

If you were arrested or charged with assault and battery, call The Morris Firm at (850) 503-2626 today. We can meet with you for a free consultation to advise what we can do to protect you during legal proceedings and how we can pursue a dismissed case or reduced charge.