Using Self-Defense Against an Assault and Battery Charge 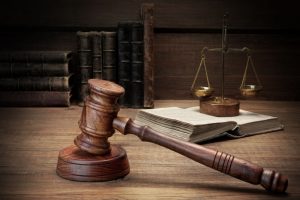 Self-defense can be a solid defense if you face charges of assault and battery. Assault and battery is a serious crime in Florida with harsh penalties. At The Morris Firm, we understand how overwhelming it can be to know you could potentially spend time in prison. You need an experienced and dedicated attorney by your side to fight these charges to secure your freedom and future.

When you argue self-defense, you’re admitting you did commit a crime. However, you were forced to resort to those physical acts because you were protecting yourself from injury or death. It’s one of the most common defenses used in assault and battery cases but could be challenging to prove.

The Pensacola assault and battery lawyers of The Morris Firm can review the circumstances of the offense to determine whether we can argue self-defense in your case. We will create a legal strategy to protect your rights and try to achieve your desired outcome. Our legal team is ready to go to battle for you, so you don’t suffer the long-term consequences of this unfortunate situation.

Call us for a consultation at (850) 503-2626 today to discuss your case and learn more about your legal options.

What Is Assault and Battery?

Assault and battery are different crimes under Florida laws.

Assault is the unlawful, intentional threat by act or word to commit violence against someone along with the ability to perform such an act and behaving in a way that creates fear of imminent violence.

Battery occurs when someone:

Multiple classifications exist for both offenses. For example, aggravated assault typically involves a deadly weapon with a person’s intention to commit a felony or kill the victim.

Using Non-Deadly Force to Defend Yourself 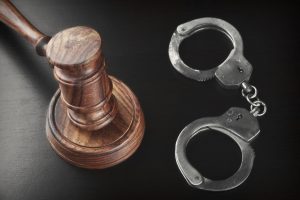 According to Florida statute 776.012(1), a person is allowed to threaten to use or use force, except deadly force, against another person if they believe it is the only way to defend themselves against the unlawful and imminent use of force. The victim does not have a duty to retreat before threatening or using force against someone else in this situation.

It’s presumed that a person had a reasonable fear of bodily harm or imminent death if someone else entered their home or vehicle or attempted to remove them against their will under Florida statute 776.013. Additionally, when someone enters another’s vehicle or home, the presumption is that person intended to use violence or force to commit an unlawful act.

Using Deadly Force to Defend Yourself

Anyone who uses deadly force could avoid criminal liability under Florida statute 776.012(2). This law is also referred to as Stand Your Ground. A person doesn’t have to retreat and can use deadly force if they reasonably believe it’s necessary to use force to prevent bodily harm or death or someone else from committing a forcible felony against them.

Florida statute 782.02 states the use of deadly force is also justified while resisting attempted murder or another felony against them or while located in any “dwelling house.”

If someone is in their vehicle or home at the time of the offense, state law presumes another person unlawfully attempted to remove them, remained in or entered against their will, and the defendant had a reasonable fear of imminent bodily harm or death.

The presumption of imminent bodily harm or death or reasonable fear doesn’t apply if:

If you weren’t engaging in an unlawful activity and had a reasonable belief that using force was necessary to avoid death or bodily harm, you could use self-defense as a defense against your assault and battery charges.

Using Self-Defense in Defense of Others

You can also argue self-defense against the assault and battery charge if you were defending someone else. Instead of fearing your own injury or death, you were protecting someone else from harm.

There must have been reasonable cause for you to step in and protect another person from someone’s forceful or threatening actions to claim defense of others in your case.

The Stand Your Ground law in Florida could apply under these circumstances. You could have used non-deadly force or deadly force as long as you believed someone else’s well-being was at risk.

Several elements must exist for you to successfully claim self-defense when fighting an assault and battery charge. They include:

It’s the prosecutor’s job to discount your claim of self-defense. You will need to present evidence to back up your actions. The jury typically reviews the evidence to determine whether a reasonable person would have acted the same way you did under similar circumstances.

Penalties for Assault and Battery in Florida

The punishment for assault and/or battery depends on the type and degree of the crime. Simple assault and simple battery are basic offenses. However, sentencing can increase with charges for aggravated assault, felony battery, or another similar crime.

A simple assault is a second-degree misdemeanor. You could face up to 60 days in jail and a maximum of a $500 fine. Aggravated assault is a third-degree felony resulting in a maximum of five years in prison and up to a $5,000 fine.

If you were arrested or charged with assault and battery and believe you have a valid claim of self-defense, contact The Morris Firm today. We can review your case to determine what we could do to help.

You can depend on us to fight hard to try to get the charges dropped or your sentence reduced. Call us now at (850) 503-2626 for a free case evaluation.